Social Media Trends: Is Vero the Next Boom or Bust? 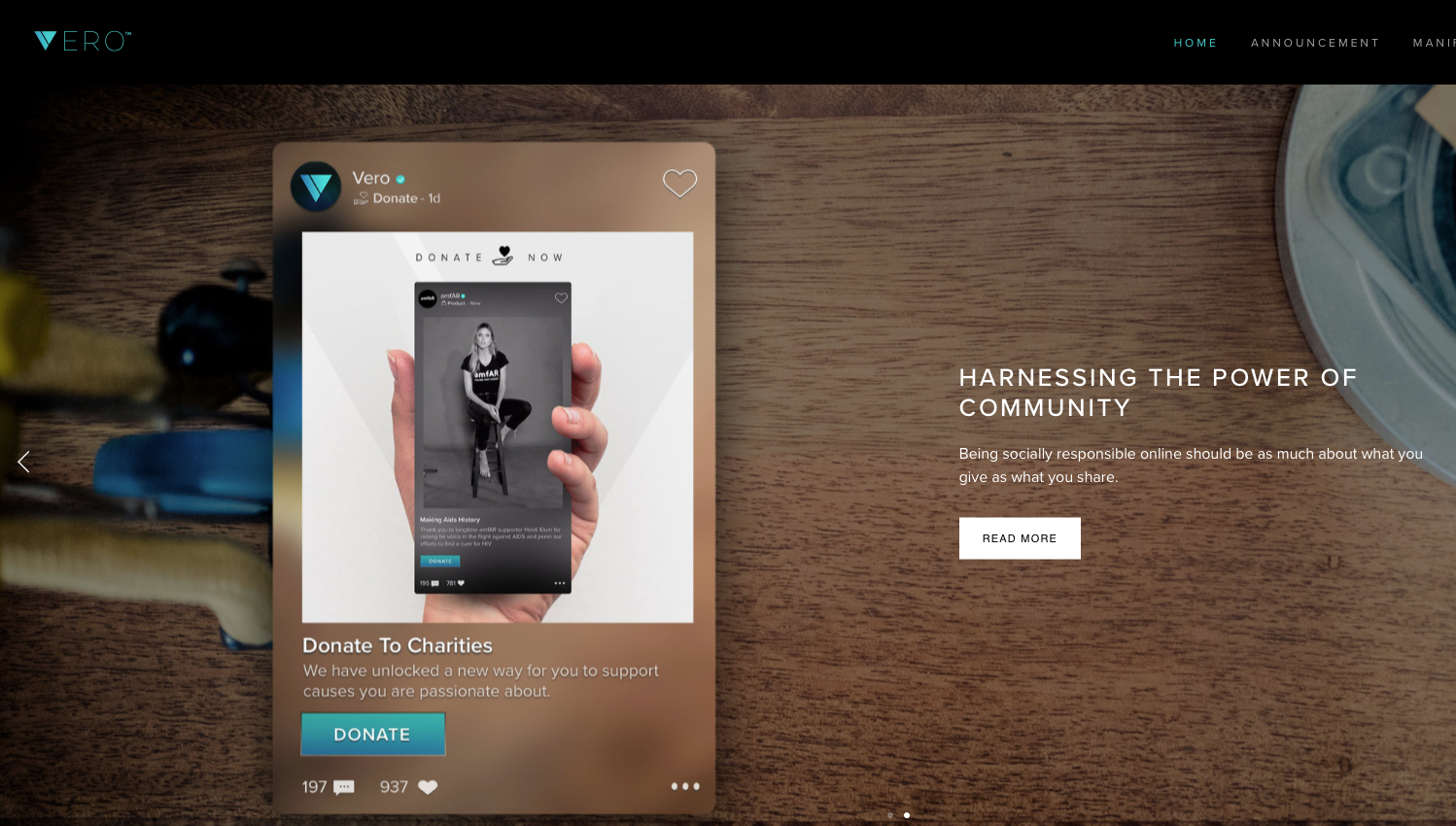 When someone becomes fed up with a brand's product or service, they often jump ship to a new brand that has better features. This happens all the time in several business industries but what about in social media? Will everyone jump on the most recent social media trends such as Vero?


Vero, a relatively new social media platform, is poised to steal the mantle from the "illustrious" social media front runner, Instagram. The creation of Vero, by Ayman Hariri, is spearheaded on the premise that they offer a format and set of features that are less restrictive than the likes of Facebook and Instagram. So does it measure up?

For the better part of 3 years Vero has flown under the radar at around 150,000 registered users or so, until just recently, when the app passed 3 registered million users and is continually climbing. The platform created by Vero looks to alleviate the issue of Instagram applying an algorithm to your social media experience by displaying chronological posts, not selling of personal data and the reduction in the amount of advertisement exposure. These have been some of the grievances that many users on Instagram and Facebook have been loathing ever since recent algorithm changes that were rolled out over the course of the last 2 years.

Vero is quite a tantalizing option for many social media users who are getting tired of having to bob and weave their way around Facebook and Instagram's posting algorithms. The app has several similar posting functions to that of Instagram while also incorporating other means of sharing media such as traveling locals, favorite movies, television, or even music where users can congregate with others and share their favorite things. These new features are also built under the notion of far less intrusive algorithms to give users a more genuine social experience.

Is Vero Worth It?

Many have flocked to Vero in search of this newfound social freedom but it may seem too good to be true. As millions of users have started to sign up for the service, the underlying issues of Vero have stated to boil over. Issues could stem from user difficulty to connect as the strain of millions of users have slowed down the servers of Vero. Also, the extreme difficulty for a person to remove their account from Vero is seen as almost an insurmountable task leaving thousands of users taken a back. Not to mention, the founder is under fire as being connected to failed businesses and poor management practices.

New users have commented on the lack of content and few followers in their feed as compared to the sensory overload of Instagram or Facebook. This could be viewed in multiple ways as either the growing pains of Vero still trying to generate buzz and users or seen simply as a ghost town in the shadow of the far more prominent platform of Instagram.

Another major call for concern is actually coming from the business side, as Vero has been vague on how they will generate revenue. Facebook and Instagram rely on selling advertising space and selling of user data to generate strong revenue. Whereas Vero is looking to avoid selling information and ad space; they stated in the past about requiring a subscription from users when they pass 1 million registered but have since backpedaled on that statement. The several question marks are surrounding Vero's business structure and may prove too cumbersome to overcome.

Does Vero Have What it Takes?

Trying to break into a market that is dominated by a handful of social media platforms is a severely difficult task regardless of how much genuine passion Ayman Hariri, and his team at Vero, have to create a purely social experience. A situation that is out of Vero's control can be traced back to just how ingrained Instagram and Facebook are in today's modern culture. Vero could be seen as a fun little escape but often people will not completely change because they are comfortable with what is familiar even if they don't like the current social media policies.

Only time will tell if Vero will continue to build momentum in a niche market of social media users or if it will be consumed by its own business structure. Vero is looking to present social media users with an alternative form of social media that is not diluted with advertisements and algorithms. A difficult task indeed when hundreds of millions are interconnected through Instagram and Facebook, while showing no sign of logging off even amidst all of Facebook's scrutinized systems and processes.

Short-Term & Long-Term Goals Every Restaurant Owner Should Aim For